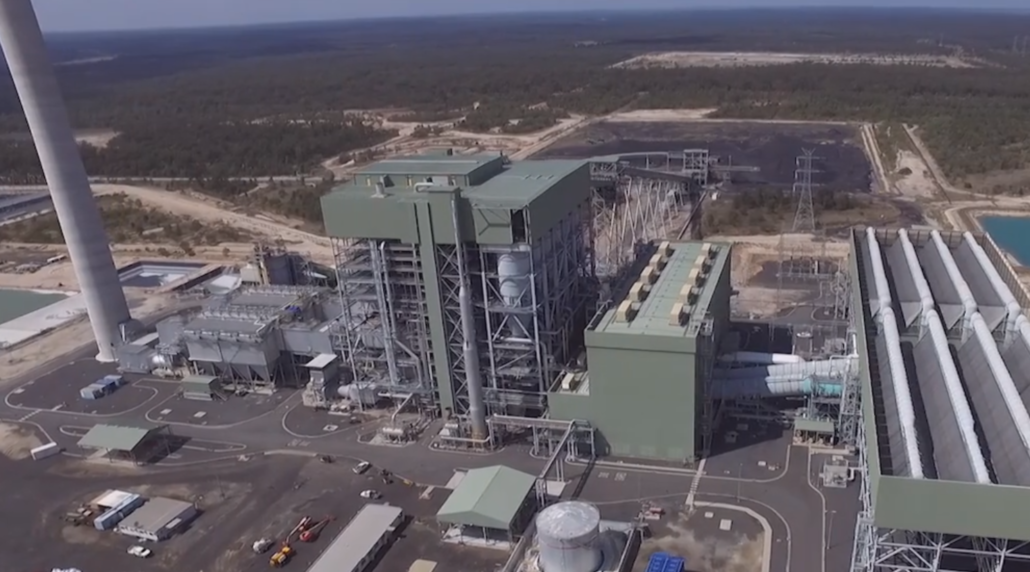 The MegChem Australia office, which is based in Brisbane, mostly service clients in the energy industry. Their biggest client is CS Energy, having three coal fired stations, Callide B HEP, Callide C and the Kogan Creek Power Station. The power stations’ output range differs from 350MW to 750MW unit electrical outputs.  Sustainable operations must be ensured to prevent costly penalties for non-availability.

Most of the work here has been focused around boiler reliability, high energy piping integrity as well as combustion improvement projects.

Gerrie Visser who is currently taking the lead at the Brisbane office underlines how the South African offices have been stellar in supporting the Australian venture. Grappling with new rules in the form of Australian Standards, distance, time zone differences and communications makes the venture challenging.

Some of the current project highlights are listed below.

Megchem developed a high energy piping management strategy for Callide B which operates in the creep range, have seamed piping and has exceeded its design life.

Megchem has also performed stress analysis of the Main Steam, Hot Reheat, HP Bypass and LP Bypass systems. The reference stresses obtained from this analysis feeds into remaining life calculations and forms the basis of targeted inspection strategies. MegChem has also modified some problematic supports on site and is continually engaged with the client in scoping of future outages.

MegChem has been engaged with the client during the stage 2 life assessment screening performed by other subcontractors.

We have also analysed poorly performing spray water valves and re-specified the valve performance. These valves have been procured by CS Energy and have been successfully replaced. The newly installed valves are operating with good performance.

MegChem is currently busy with the investigation of problematic minimum flow valves on Electric and Steam driven feed pumps on Callide C, which sees premature wear on the cage, seats and valve plugs.

The focus on Kogan Creek power station is around combustion optimisation and boiler pressure part reliability. MegChem have been involved in the root cause investigations of combustion related fouling events.

Our focus is currently on improving PF (Pulverised Fuel) distribution and we are running trials on PF Flow distribution dampers from Greenbank Terotech in the UK.

MegChem did the equipment selection and was involved with the integration design of the distribution dampers, the installation of the dampers and commissioning of the dampers.

Five Dampers have been installed on F-Mill in December 2017 and will conclude a 6 Month trial by the end of May.

We are also involved with concept development for a complete re-heater replacement at Kogan, which will happen during the upcoming September outage.

Other work at Kogan also involves Main Steam drain line vibration analysis and developing mitigation strategies to reduce the severity of the response.

MegChem received an order for the integration checks on new drain valves on Tarong Power Station. The South African office is currently busy engineering new supports and performing the stress analysis work on the system.  The relationship will hopefully develop and translate into more work out of Tarong in the future.

MegChem did the fatigue assessment of new Jurgens Caravan chassis for the Australian market. The work entailed static stress analysis and ADR (Australian Design Rules) checks for the chassis and then used measured road inputs to develop a method for checking fatigue durability using FEA and ADAMS analysis.

MegChem also received an order from Doosan Babcock for the fuel oil piping integration for the Puteri Intan LNG Carrier during a Low Sulphur Marine Grade Fuel Oil upgrade on the boilers aboard the vessel.

The MegChem SA office conducted the laser scanning of the vessel in Malaysia and developed the routing of the new piping systems as well as manufacturing isometrics.

There are also upgrades on the horizon for the remaining Puteri class vessels, which we hope to participate in.

According to Visser to be successful in the Australian Market, we must deliver fast, cost effective and value adding services for our clients. It takes time to gain the trust of the local market.

The engineering support from South Africa is invaluable in achieving this outcome.

Happenings Down Under was last modified: November 1st, 2019 by George Labuschagne